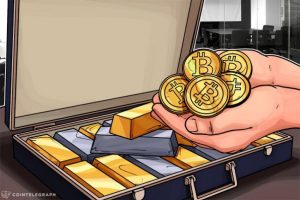 Several traditional investors have issued their opinions about Bitcoin as it continues to soar to record highs. During morning trading on December 8, 2017, the currency traded above $16,000 per token and even reached more than $18,000 in one market.

Due to its phenomenal trading performance, several billionaire investors have voiced out their thoughts about the top-dog digital currency Bitcoin focusing on the idea that it lacks intrinsic value.

Skepticism on its intrinsic value

In his comment, legendary activist investor Carl Icahn says he cannot understand Bitcoin’s performance and he thinks that it is a bubble.

“I don’t understand it… If you read history books about all of these bubbles…this is what this is.”

Meanwhile, billionaire Warren Buffett, who is considered as the best value investor of all-time, has advised investors to stay away from the most popular virtual currency because it is just a ‘mirage’ and it is leading towards bubble territory.

”Stay away from it. It’s a mirage… the idea that it has some huge intrinsic value is a joke.  It’s a way of transmitting money.”

Prominent billionaire and founder of one of the biggest hedge funds in the world, Ray Dalio, is still taking a cautious stance:

“Bitcoin is a bubble… It’s speculative people, thinking they can sell it at a higher price…and so, it’s a bubble.”

However, former Wall Street and hedge fund manager Michael Novogratz claimed that Bitcoin and other cryptocurrencies are real and Bitcoin could be an alternative or replacement for gold. He added that the price of Bitcoin could go up to $40,000 before the year ends.

“The whole market cap of all of the cryptocurrencies is $300 billion. That’s nothing. This is global. I have a sense this can go a lot further.”

PayPal co-founder and investor in financial technology Peter Thiel, however, considers Bitcoin as having ‘great potentia.l. In his interview with CNBC, he explains that Bitcoin is more than just a cryptocurrency:

“I’m skeptical of most of them (cryptocurrencies), I do think people are a little bit … underestimating bitcoin especially because … it’s like a reserve form of money, it’s like gold, and it’s just a store of value. You don’t need to use it to make payments.”

The growing skepticism towards Bitcoin did not stop Russian oligarchs from investing in it either, as traditional Russian billionaires such as Roman Abramovich, Aleksandr Frolov and Aleksandr Abramov are reportedly investing large chunks of their money into cryptocurrencies, particularly Bitcoin, through a European fund called Blackmoon Crypto.

Finally, the Winklevoss twins, the classic Bitcoin poster boys who started investing in the digital currency in 2013, remain bullish about cryptocurrencies as their holdings made them the first ever Bitcoin billionaires.

Time will tell who among these investors are right. No matter which side you’re on, keeping yourself informed and exercising due diligence will allow you to form your own judgment and investment decisions.

For those of you still procrastinating, what the heck are you waiting for? It’s less than $235 for a lifetime membership…