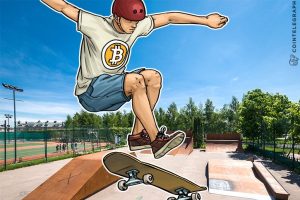 The recent rise in Bitcoin’s value has initiated varied reactions from different quarters of the industry. While holders of the cryptocurrency are excited with the extraordinary profit generated from their investment, some merchants are becoming more reluctant to accept Bitcoin because of its high volatility.

As Bitcoin’s price (and adoption) soars, more attention is being paid to the cryptocurrency, both by enthusiasts and regulators. Of course, the two sides often are far apart in their views.

Still much to behold

Varun Satyam, Co-Founder and CBO of almora.io thinks that more attention should be paid to how adoption will play out in developing nations. Satyam is of the opinion that Bitcoin has crossed the line where it can no longer be stopped, and the only thing left is to see how it develops going forward.

“It is even more interesting to see how Bitcoin and cryptocurrency adoption in developing nations [will] be. A massive economic turmoil is coming ahead. Blockchain is absolutely going to bring more secure, privatised decentralised systems, almost rewriting the internet in best way. Bitcoin has grown so big that is unstoppable now and nations are in a fuss [about] how to react [to] it, the attitude will be completely uncertain and will change dynamically according to conditions.”

Natan Avidan tells Cointelegraph that the need for such event arises due to the lack of unified global opinion on both Bitcoin and cryptocurrencies. Avidan notes that even the most innovative and open-minded societies, like the European Union, have not yet released a single legal framework on the subject. He said:

“As an organization we would like to see a coordinated and liberal approach from the global community of regulators.”

According to Avidan, the three main reasons why we should expect adoption to explode in the near future are:

Bitcoin has come to stay

During the event, one of the members of the European Parliament, MEP Sorin Moisa, pointed out his belief that cryptocurrencies are here to stay. However, he is concerned about how to  eliminate the “impostors.” Moisa said:

“The revision of the Anti-Money Laundering Directive will help to kick-start the cleansing process while figuring out how to regulate ICOs should also be considered. ICOs should be made to respect the EU security-related frameworks and proper definitions need to be introduced into the system, for instance, it should be clear when a token is a token, a utility, a commodity or a security.”

Another parliamentarian who shared Moisa’s views is MEP Eva Kali. Kali notes that cryptocurrencies will lead to growing decentralization, with intermediaries becoming less relevant. However, she is of the opinion that decision makers and regulators need to wait for developers and the market to make the necessary tests.

Michael Vogel, CEO of Netcoins, tells Cointelegraph that there are a lot of misinformed opinions about Bitcoin due to the fact that actual Bitcoin and Blockchain experts are far and few between.

According to Vogel, we are seeing a combination of two reactions to these technologies worldwide: knee-jerk negative reactions, but also patience and willingness to learn about the technology. China’s love-hate relationship with digital currency is probably the most interesting to watch.

Vogel notes that the recent rally of Bitcoin definitely turns heads and makes people more curious to learn more about the currency and its possibilities:

“I think the next phase of Bitcoin is simply more people actually using it; I always tell people it is easier to understand Bitcoin once you’ve actually used it, and once they finally use Bitcoin most people realize that it is not as mysterious or confusing to use as they originally thought. Knowledge and awareness over the next few years will continue to gather the positive momentum Bitcoin has seen in 2017.”

Bitcoin and cryptocurrencies have grown significantly, even beyond the expectations of many in the industry. As 2018 approaches, expectations are high. Many will be watching how governments and regulators respond to digital currency. The regulations and legal frameworks that begin to emerge will enable the mainstream adoption and implementation of Bitcoin and other cryptocurrencies.

If you can’t stop them,… Join Them!

For those of you still procrastinating, what the heck are you waiting for? It’s less than $240 for a lifetime membership…