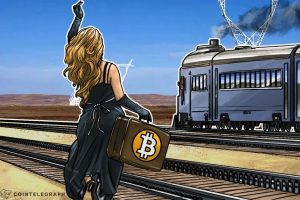 One of the reasons that Bitcoin is capturing the hearts and minds of individuals is the stories of instant millionaires who have made their fortune from being an early adopter. People who were mining the coin or accumulating it by the hundred, and were smart enough to hold onto it today are experiencing unprecedented profit.

With the monumental price gain, however, people are starting to wonder where the ceiling is, and if it is not fast approaching. To this end, there is a section of the population who are wondering: ‘is it too late to get into Bitcoin?’

There is, of course, no doubting that those who were really early to the party are the biggest profiteers, and for envy’s sake, it is worth looking at what has been achieved in just seven years.

What would $100 of Bitcoin be worth today?

Had you put $100 into Bitcoin starting back in 2010, and going through the years, you would have made massive profits along the way.

Dec. 10, 2012: A year later, and Bitcoin was still climbing high, now breaking into the teens sitting at $13.54, a gain of 300 percent. $100 would have turned to $125. Still remarkably impressive in terms of gains, but slowing somewhat from 18 months earlier – Does that mean its rise is coming to an end perhaps?

Dec. 8, 2014: Bitcoin was starting to be heard in whispers around the dinner table about now, but people also heard that there were black markets, hacks, and other nefarious uses, yet $100 worth back then would be worth $4,859 today.

Dec. 12, 2016: Through the harder years from 2014 and the slowed growth, Bitcoin would not have been that attractive, but really, it would have been a perfect time to buy. The explosion was just about to happen. Bitcoin was trading for $780. Had you put $100 into it, that investment would have increased by more than 2,000 percent to $2,180.

What the future holds

No one knows what will come next, but it could be safe to say that pretty much anyone who bought Bitcoin more than a week ago is profiting already.

They may still be classified as early investors, or they may not, and although they may not experience gains of 3,000 percent, the feeling is Bitcoin has a long way to grow.

Ronnie Moas, a famed stock picker has put forward an argument that Bitcoin is highly undervalued even at today’s prices. Moas said:

“We currently have $200 tln in the world tied up in cash, stocks, bonds and gold alone and all four of those, in my opinion, are overvalued. If 1/2 of one percent of that 200 tln dollars ends up in Bitcoin, you are looking at a one tln dollar valuation that would be above where Apple Computers, the most valuable company in the World, is today.”

It’s Never Too Late… Unless You Wait…

It’s less than $265 for a lifetime membership…