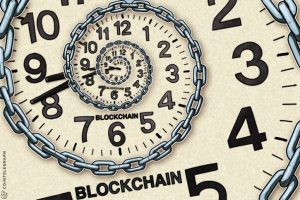 American tech billionaire investor and television personality Mark Cuban has recently claimed that he sees Bitcoin and its underlying Blockchain or distributed ledger technology (DLT) as the way of the future.

He also countered the various claims that the leading digital currency is not real and has no intrinsic value.

In an interview with Bloomberg, the renowned American businessman claimed that Bitcoin is just like the traditional stocks that investors can buy and sell.

“…it’s interesting because I think there are a lot of assets that have values based on just supply and demand. You know, most stocks, they don’t have any intrinsic value, no true ownership rights, no voting rights, you just have the ability to buy and sell those stocks. They’re like baseball cards and I think Bitcoin is the same thing…”

Cuban also said that he has been looking to buy into Bitcoin and the cryptocurrency market ever since and he confirmed that he already invested in the leading digital currency, as well as some initial coin offerings (ICO).

“”..I have bought some, bought it through an ETN based on a Swedish exchange because that gave me liquidity. I am also involved with ICOs, actually token sales, because I think Blockchain is a great platform for future applications…”

His most recent statements are quite far from his previous perception as he earlier called Bitcoin as ‘bubble’. His company’s recent moves, however, seem to be bullish of cryptocurrencies as his team have been investing in ICOs and Blockchain projects. <Continue Reading>

4 Replies to “Billionaire Mark Cuban Claims Cryptocurrencies Are The Future”