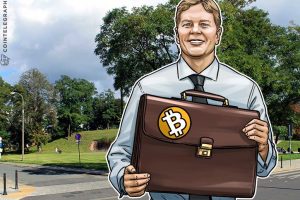 Dan Morehead, chairman of digital currency exchange Bitstamp, is predicting that in the future, Bitcoin will be an asset of the serious investor as he backs the digital currency to revolutionize money.

Based on its disruptive nature, Morehead adds that Bitcoin is comparable to how voice-over IP took away the dominance of giant telecommunications companies on communication.

Currently, Bitcoin occupies a space in terms of investment where it is speculative and experimental. There are the believers in the digital currency who make it part of their portfolio, and those who shun it completely.

However, Morehead sees the digital currency revolutionizing money, and if that happens: “The upside is so high, it’s a rational, expected thing to have in your portfolio,” he said.

In the same way that Morehead uses voice-over IP as an example of a changing technology, the chairman gives credit to the underlying Blockchain technology that has seen other cryptocurrencies spawn. <Continue Reading> 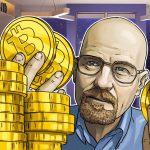 There has been a protracted debate on the actual identity of Bitcoin, whether it should be regarded as a currency or a commodity.

With reasonable support on each side of the debate based on its inherent characteristics, a huge segment of the ecosystem is of the opinion that Bitcoin can, and should be regarded as both a currency and a commodity.

Whatever definition attached to Bitcoin, the constant variation in price offers an opportunity for investors to make a profit by trading the cryptocurrency, either as a long term investment or in a speculative short term pattern.

Can a few hundred dollars make you a bitcoin millionaire?

Cryptocurrency is all over the internet, however there was only one that really made it work, and that was Bitcoin. “Bitcoin” has all the infrastructure that Billionaires around the world have invested in. Now you have the opportunity to become the next bitcoin millionaire <Learn More>