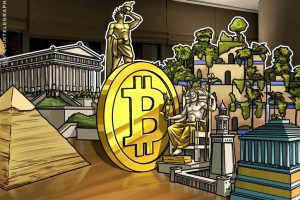 Dr. Garrick Hileman, an economic historian at the University of Cambridge and the London School of Economics, explained in an interview with CNN that Bitcoin is nothing short of an economic miracle.

“Many economists dismissed it as a flawed form of money, something that could never achieve the level of adoption that it has. Today we estimate 5 to 10 million unique active users of cryptocurrencies, and in my opinion that’s nothing short of a minor economic miracle.”

Bitcoin is the world’s first form of decentralized money; a store of value that is censorship-resistant and that is immutable against manipulation by central entities, authorities and governments.

The decentralized structure and peer-to-peer protocol of Bitcoin are unique in that they allow the Bitcoin network to operate as its own economy, without intermediaries and third party service providers. While some central banks and financial institutions have begun to fear such aspects of Bitcoin, the Bank of Finland encouraged economists to study the “marvelous structure” of Bitcoin.

In a paper entitled “Monopoly without a monopolist: An economic analysis of the Bitcoin payment system,” Bank of Finland researchers wrote:

“Bitcoin is not regulated. It cannot be regulated. There is no need to regulate it because as a system it is committed to the protocol as is and the transaction fees it charges the users are determined by the users independently of the miners’ efforts. Bitcoin’s design as an economic system is revolutionary and therefore would merit an economist’s attention and scrutiny even if it had not been functional. Its apparent functionality and usefulness should further encourage economists to study this marvelous structure.”

As mentioned above, Hileman described Bitcoin as an economic miracle, but a “minor” one. However, at this stage in which the market valuation of Bitcoin has surpassed that of major banks at $166 bln and the liquidity of Bitcoin is higher than that of most stock markets, it is difficult to justify any aspect of Bitcoin as “minor.”

Bitcoin has had a major impact on the global financial system over the past eleven months, and it will continue to transform the finance industry at a rapid pace. Already, institutional investors have begun to move into the Bitcoin market. Coinbase CEO Brian Armstrong revealed that approximately $10 bln in institutional money are awaiting to be invested in digital currencies such as Bitcoin.

“Over 100 hedge funds have been created in the past year exclusively to trade digital currency. An even greater number of traditional institutional investors are starting to look at trading digital assets (including family offices, sovereign wealth funds, traditional hedge funds, and more). By some estimates there is $10 bln of institutional money waiting on the sidelines to invest in digital currency today,” wrote Armstrong.

Naturally, as major hedge funds and large-scale investment banks shift towards Bitcoin, general consumers and casual investors will follow. Then, Bitcoin will no longer be a minor economic miracle but a major one, which will inevitably shape the finance sector in the long-term.

Leading economies like the US, Japan and South Korea have already recognized Bitcoin as a legal currency and store of value, providing regulations to cryptocurrency exchanges, businesses and investors.

As a currency, Hileman also noted that Bitcoin is increasingly being used in the luxury markets, to process or settle large transactions without the expensive and inefficient services of banks.

“If you’re only paying a $2 transaction fee on a piece of art that’s worth tens of thousands, the fee is basically zero. But if you’re paying two or three percent on a piece of art of that value, then the numbers can go up quite a bit,” added Hileman.

For those of you still procrastinating, what the heck are you waiting for? It’s less than $150 for a lifetime membership… Take Action Now!